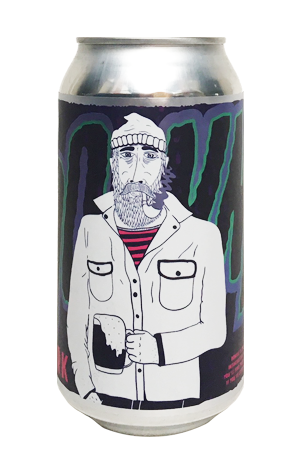 It's one of those interesting quirks that, for all that Queensland once had a reputation as a place where craft beer was highly unlikely to catch on (and we can see how well that prediction turned out...), it's also been a place that, even prior to it becoming the powerhouse it is now, you'd likely find something dark on tap. It might be Carlton Black in a surf club or an English-inspired malt-led beer at a more beer focused venue, but clearly there was always at least some level of appetite for something other than the pale, cold and refreshing.

Perhaps it helped lead the twosome behind Your Mates to their second core beer, Donnie. As a character, they claim he's a log-chopping, bearded figure they encountered while camping in the Queensland bush. In beer form, Donnie is an approachable chap – like Larry, at the easier-going end of the dark beer spectrum – with a touch of smoke and nuttiness sitting atop a chocolate base in which there's a little of the fruity gateaux too.

Free Schooner at Your Mates