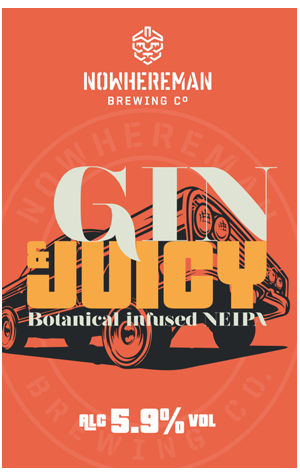 With such a clear concept it’s interesting that there was no juice addition to Gin & Juicy. All the fruit character is Mosaic and Citra hop derived, something evident from the wide-ranging tropical fruit aromas that are the result of dry-hopping no less than four times. Likewise, there is no actual gin addition. Instead, careful consideration was given to the botanical ingredients to create a subtle, complimentary spice and citrus that emulates the spirit while also contributing to an incredibly dry finish - two kilograms of juniper will do that to a beer.

The fuller mouthfeel courtesy of triticale and soft carbonation covers for the lack of a visually dense haze and bitterness is firm for style but that’s not really the point. As an expression of Snoop’s preferred libation, it’s got gin on its mind and its mind on the juice.