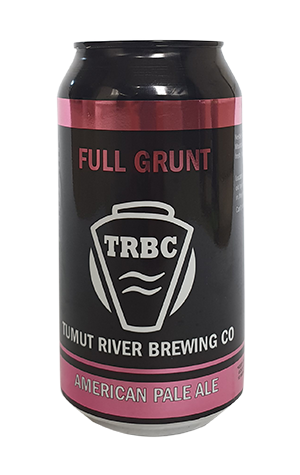 While many Aussie brewers have been moving into ever paler territory with their pale ales, the Tumut River offering is more akin to the American pale ales of yore. It's as much a showcase for malts from small NSW producer Voyager as it is the American hops.

Full Grunt sits at the darker end of the style spectrum, with toasted malt, dark caramel and even hints of chocolate at play alongside the floral and citrusy hop aromas, underpinned by an earthy bitterness.