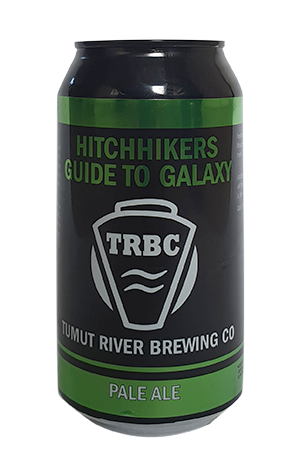 Hitchhikers Guide To Galaxy is designed as a showcase of the most popular of the new wave of Aussie hops, coming with a far lighter malt bill than the Squealing Pig APA as well as a lower alcohol content, putting it into session ale territory.

The Galaxy fires off lively limey, citrusy aromas while delivering a touch of resinous character on the palate, but with a bitterness that, particularly compared to the other Tumut River pale, is restrained.