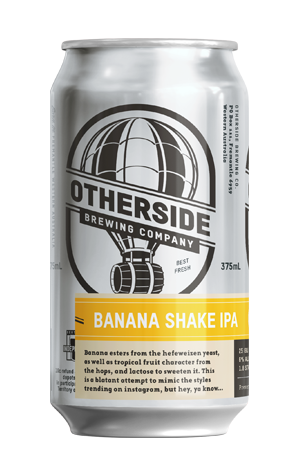 In this case, the banana is on the quieter end of the scale, the flavour carefully imparted via the use of a hefeweizen yeast. From there, the team pressed on with an IPA. Well, sort of. There’s vanilla and lactose in there too.