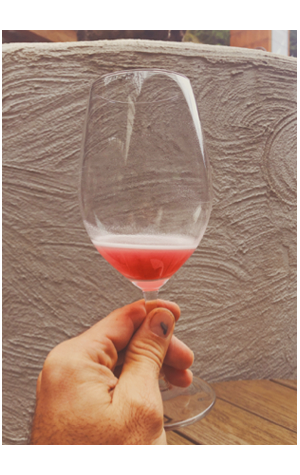 Plonked firmly in the shadow of the Story Bridge, Felons Brewing Co. was always going to attract a pretty diverse crowd. Only a short stroll from the CBD and occupying the shore on arguably one of the more scenic points of the beautiful brown Brisbane River, the brewery happily caters to a mix of tourists, tie-wearers, and those who would just like to drink a nice beer somewhere nice — the same mix of punters at which Felons have aimed their first seasonal release, the Blueberry Gose.

Brewed with 175kg of fresh blueberries grown in Crow’s Nest in the Darling Downs, the Blueberry Gose (a blueberry gose, would you believe) is rosy in colour, lightly salted, and tart enough to remain true to style but not so much as to alienate the punter who might be having their first ever beer that wasn’t somewhere in the colour spectrum from amber to umber.

With a name so literal, it is no surprise that the Blueberry Gose isn’t hiding any surprises: it is fruity, refreshing, easy on the palate, and perfectly suited to whiling away an afternoon by the river.