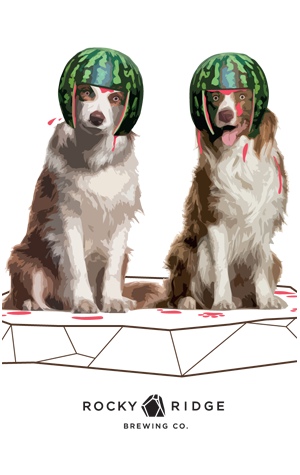 Rocky Ridge's series of low ABV, fruited sours has quickly become a crowd favourite. Each release sees a seasonal fruit added to a clean, light malt base, which has been fermented with the brewery's own house strain of lactobacillus.

This variant was brewed with more than 50kg of Caribbean gold melons and watermelons that weren't aesthetically pleasing enough for supermarket shelves. Initially created for the South West Craft Beer Festival with the help of staff from Rocky Ridge-associated craft beer bar Darleens, it proved a massive hit with punters – the brewery's biggest seller over the weekend.

The cloudy, gose like ale is a mere 2.6 percent ABV, but what it lacks in alcohol it makes up for in punchy melon flavour. A spritzy carbonation and moderate acidity lend a hand in drinkability alongside the low ABV while some funk from the lacto keeps things interesting on the nose.