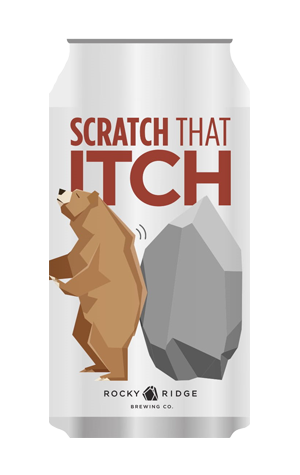 Kveik is the craft beer world's latest fascinating beer trend. So, as you'd expect from a brewery that releases new beers with such frequency, like a bat out of hell, the Rocky Ridge brew team got their hands on some of the magic Norwegian yeast to brew a collab with The Dutch Trading Co, themselves no strangers to the weird and wonderful realms within craft beer. After time spent conditioning at the brewery, the public got the chance to experience a monster 9 percent ABV, fresh-hopped Kveik IPA.

Big, punchy hop character is the prevalent flavour initially, but a Belgian candi like note provides notable support. Complex fruity esters, thick body and piney, dank hop character lend a hand in creating a beer that's as enjoyable as it is a lupulin assault on the palate. Each sip brings with it something different and Scratch That Itch finishes long and dry with just a whiff of alcohol and some lasting bitterness from the 70 IBUs.

Kveik is growing in popularity amongst Aussie brewers – see our two-parter on it here – and Rocky Ridge is certainly setting the bar high for anyone else who wants to attempt something as curious, and as tasty, as Scratch That Itch.