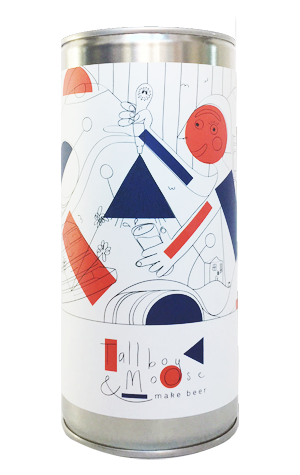 This duo from Tallboy & Moose is arguably unable to do a better job of showcasing the diversity of just what head brewer Dan Hall is producing at the Preston brewpub (although, admittedly, something sour would complete the picture). The first, Fruit Basket IPA, which in the brewery’s words is a “new school IPA for the good people”, pours with a slight haze and comes heavily hopped with Australian Galaxy and Kiwi Motueka and Kohatu hops. As such, expect a fruit driven beer that hits you with passionfruit, lime and plenty of mango.

Not big enough, dark enough or barrel-aged enough for you? In that case, there’s Negative Light, a bourbon barrel-aged stout that’s spent ten months in former Heaven Hills barrels. As the name foretells, it's an opaque, black hole of a beer and one with plenty of vanilla notes upfront that quickly give way to flavours of plum and black forest gateaux, with a dash of dark cacao thrown in for good measure too.