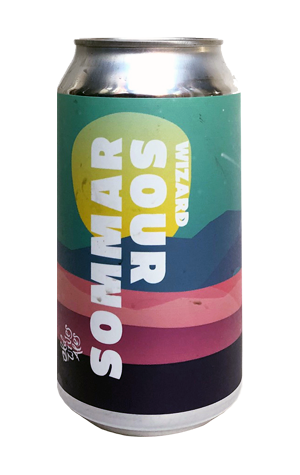 Sommar Sour isn't the first fruit sour Melbourne gypsies Old Wives Ales have released. But it is the fruitiest – at least in terms of the amount of fruit that's gone into the brew: no less than 400kg of strawberries, raspberries and blueberries. And that's down to their collaborator, Nikola from Sweden's Wizard Brewing – better known as the frontman of punk band Millencolin.

You can read the full story of how they came to brew together. Or you can head out and grab a can to see how 400kg of fruit goes in a beer. It pours with a hazy, deep pink / blood orange hue and with the souring effect of the yoghurt such that you'd swear there were cherries in the mix too. The use of oats and wheat to fatten the body lends it a softness on the palate, ensuring it's more tart than puckering, and rather gentler than the mosh pit at one of Millencolin's gigs.