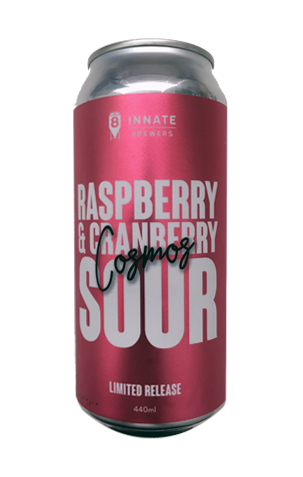 I couldn’t help but wonder, was Joel Nash a secret Sex and the City fan? And, if so, was Cosmos a typo?

Before things get too pop culture meta, Innate’s new canned release is most certainly named Cosmos. According to the can, it’s brewed by rocket scientists, contains a starburst of raspberry and cranberries which deliver a universe of flavour on a zippy Berliner Weisse base. It certainly sounds celestial, however it’s hard to separate the pink can’s equally vivid contents from SATC’s favoured libation.

The fruit forward beer’s pleasant acidity needs only a few drops of Cointreau, a squeeze of lime and a squad of your choosing to gossip on all things universal or relational, although it’s equally enjoyable "neat", whether you prefer Dr Brian Cox or Carrie Bradshaw for company.