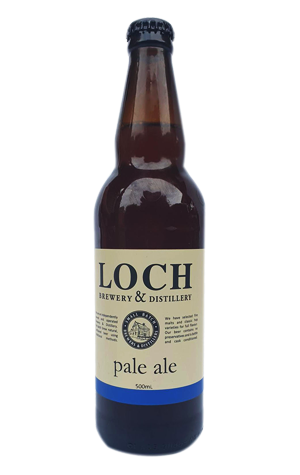 It’s not often you’ll find a pale ale like this released by an Australian brewery. At a time when pales seem to be getting, well, paler and paler, it’s an outright rarity to get your hands on one that’s this dark and so malt heavy. But Loch Brewery & Distillery approach beer a little differently and are far more inspired by the traditional brewers of England’s Midlands region than those of America’s West Coast and by the hops of Kent than those from the Pacific North West.

Thus Loch’s Pale Ale features a mix of caramel and crystal malts and pours a deep copper. Brewer’s Gold and First Gold hops – so infrequently found in modern Australian beers you’d be forgiven for not knowing they exist – combine for a beer that’s floral, and has flavours of marmalade and a little tangerine.

It’s a rich, full-bodied affair that still manages to make a showcase of its hops – and can't help but leave you feeling it's something of a shame there aren’t more like it.