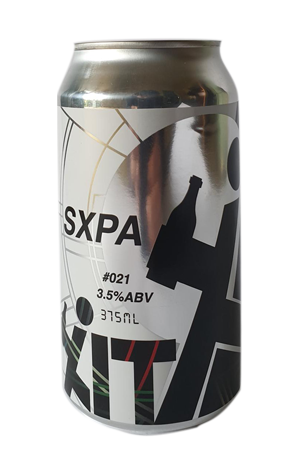 Since moving them into tinnies, and particularly since the start of 2019, Exit’s limited release schedule has been setting a brisk pace. The latest to arrive is an SXPA, which may sound like it’s from the future but is a far more straightforward creation: a Session Extra Pale Ale that sits at an eminently sensible 3.5 percent ABV.

Despite the rather complex sounding name, one that sits with a lineage of past Exit releases such as the Session XXXPA, it's actually quite a simple affair – and there’s a lot to be said for simplicity. It’s a beer in which tropical hops and some gentle citrus rests against a light and pale body, one that might not have the fuller stature of a larger XPA or an IPA but it still follows through by packing plenty of bitterness.