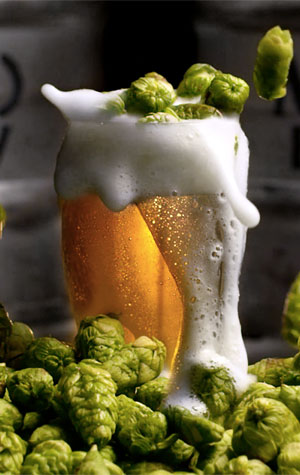 Moo Brew’s head brewer and general manager Dave Macgill loves Enigma hops. Those are his words but you could probably work it out even if you’d never met him. After all, back in 2015, the brewery’s first ever can release was Single Hop, an ale made entirely with Tasmanian grown Enigma and Tasmanian malt.

So, when it came time for Moo to brew a beer for Launceston’s Fresh Hop Beer Festival in 2019, Enigma was always the likely choice – not only is it a favourite of Dave’s but it’s also grown less than 50km from the brewery in the Derwent Valley.

Some 35kg of Enigma hops were added to the Fresh Hop Lager within an hour of being picked to drive the beer's aroma. Pouring clear and light straw in colour, it’s a beer that recalls classic European lagers but with plenty of hop flavour at play too. It’s clean, bitter and refreshing, with floral and slightly herbal notes meeting a touch of stone fruit.

Other stockists to come