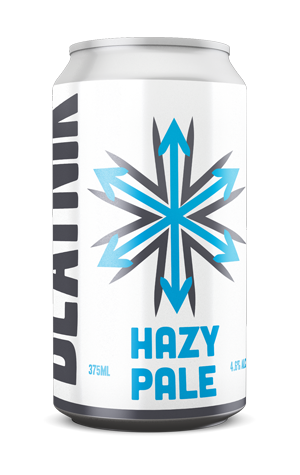 The second release from Hargreaves Hill's canned offshoot Beatnik continues along the path trodden by the first. Whereas the OG brewery typically favours exploring classical beer styles, the child is more about current trends, with this hazy pale ale following an XPA.

It lands at the hazy rather than opaque end of the clarity (or lack of) scale and is as pale as its stablemate. Aroma wise, you've got citrus of the lemon/grapefruit ilk on the one hand, a touch of the dank on the other, while there's a lively prickle to the carbonation and an equally lively bitterness – something we seem to be seeing more of as the craze for delivering hoppy beers with negligible IBUs recedes. It's a textural one-two which means that, despite liberal application of oats, it slides down pretty lean too.

Update: As of November 2019, Hazy Pale is part of the permanent Beatnik offering, and lands in your glass rather hazier than the first round too.