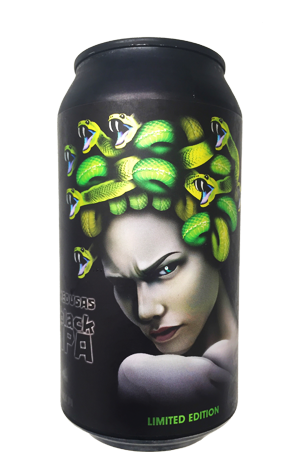 Originally brewed for Christmas 2017, Medusa returns as a more seasonally adjusted limited release – after all, crushing black IPAs during a sweltering Brisbane festive break may not be for everyone. Nor, indeed, turning drinkers to stone while gazing at her face as the legend goes – but that’s a risk that many will be happy to take.

Initially expecting a dank and bitter bomb, Medusa instead comes on balanced, smooth and roasty. Coffee, milk and dark chocolate lead with enough pine for the style while exercising judicious restraint for poise. Feint touches of orangey citrus play out underneath as Medusa moves to a dry finish.