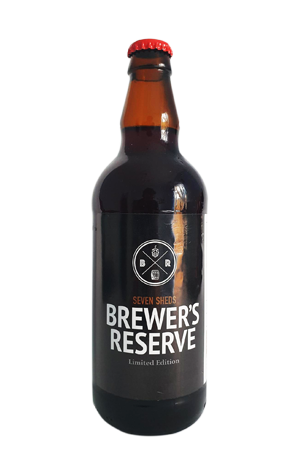 The Wild Mersey Mountain Bike Trail is an ambitious biking track that aims to connect more than 100 kilometres of tracks in Tasmania’s north. Once it’s fully operational, part of the track will also guide you straight to (or from, or around) Railton and the home of Seven Sheds. It's led the brewery’s co-founder Willie Simpson down his own path, one of developing a nutritious session ale: a beer for riders to enjoy following hours in the saddle touring northern Tassie’s impressive countryside.

Launched at Launceston’s Fresh Hop Beer Festival, Wildebeer is something of a prototype for that beer, an Amber Hemp Ale brewed with fresh Cascade hops. The hemp comes from one of the Seven Shed’s regular customers: a local farm that the brewery had been wanting to make a beer with for years, but had to wait for legislative changes that allowed hemp to be used in food products. Those changes came in late in 2017 and you can read more about hemp beer by heading here.

As for Wildebeer itself, it pours brown with a hint of copper, mixing a sweet, malt-driven body with lightly roasted, nutty flavours.