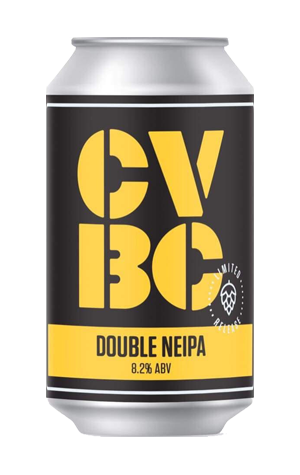 The Clare Valley crew continue to explore the world of IPA with this late autumn limited release, upping the booze and doubling the hops and the haze in creating an 8.2 percent ABV double NEIPA. To ensure the beer was a hoppy monster, head brewer Damo used Cryo Hops: created by freezing hop cones with liquid nitrogen, removing the lupulin glands and creating a concentrated hit. They're typically used late in the boil or in the dry-hopping phase to impart hop flavours and aromas with limited bitterness.

The Cryo Hops have an instant impact here, unleashing a huge tropical burst as soon as the can is opened. Pineapple is the dominant aroma, with mango also quite prevalent and passionfruit adding to the mix. The tropical vibe continues on with juicy flavours of pineapple and mango. There is a thick mouthfeel but it remains quite quaffable, with a bitterness that's restrained, and finishing with a touch of sweetness.