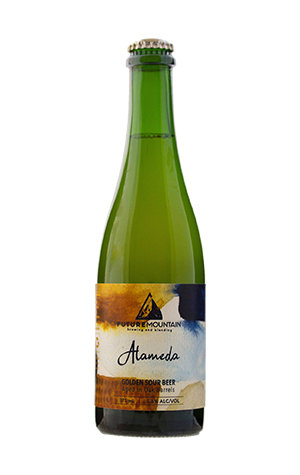 An ever-changing beast, Alameda is Future Mountain’s barrel-aged golden blend, with each release showcasing a unique mix of yeast and bacteria. While it might change every time you walk into the brewery, it’s likely a beer that helps encapsulate what Future Mountain is doing better than any other: a project that is set to continually evolve over time.

From the apricot-heavy offering that was pouring the first time The Crafty Pint came in, to the more wine-like and funky, the nectarine and the vanilla-focused, who knows where Alameda will be sitting from month to month. But, like the Elliott Smith song with which the beer shares a name, on each encounter you can expect to be met with a delicate, soft balance.

In September 2019, the beer was one of the brewery's first released in bottles, joining a swathe of other releases and ensuring the beer's unique mix of yeast and bacteria could be enjoyed beyond Reservoir.