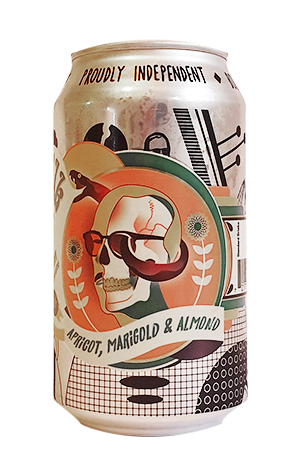 To date, Bodriggy’s Space Milk series has explored a list of ingredients not often traversed in brewing, with the likes of soursop, alphonso mango, cayenne pepper, wild Australian raspberries and coffee skins all added to a beer despite sounding more suited to the menu of a trendy café. For number four in the lineup of lactose sours, the Abbotsford brewery has gone for an Annie apricot, marigold and almond sour.

Considering marigold is a flower used to make some margarines, it shouldn’t be surprising that our immediate thought was apricot jam on toast – in particular, a piece of toast where the margarine has been smothered with liberal enthusiasm as a creaminess pours forth from the lactose, accompanied by with a light tang from the lactobacillus.