Beer Rocky Ridge Dank Side Of The Moon 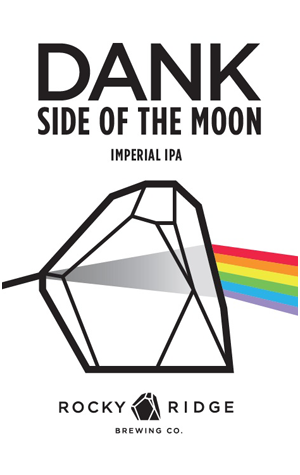 The black IPA might not be enjoying as much of the spotlight these days as many of the recent IPA variants doing the rounds, but it's a style that the past two or three weeks suggest remains in the mind of many a brewer who appreciates the place for robust, maltier IPAs in the dank, dark backstage of brewing.

Rocky Ridge's 2019 BIPA has been released as a sister beer to the Pink Floyd-referencing Pine On You Crazy Diamond, although Dank Side Of The Moon is the darker, more twisted of the siblings. Double dry-hopped and boasting 8.85 percent ABV and 75 IBUs, it might be more black metal then prog rock as it looks to hit more high notes than David Gilmour's Strat.

Roasty characters and a bold malt profile blend with big citrus and grassy hop characters. Smooth and rotund, the dark malts take centre stage but hops and bitterness are still vying for attention with their own fiery riffs in a black IPA with the fuzzbox cranked up to 11.