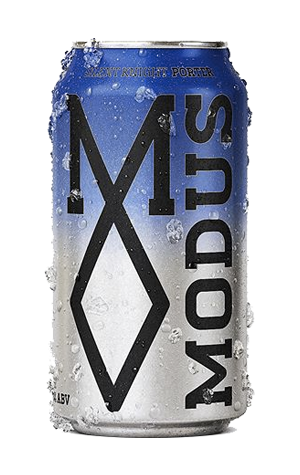 Ask someone the first thing that comes into their mind when they think of Modus Operandi and we'll wager the majority come up with something related to hop forward beers or IPAs. They'd have good reason to do so too; it's been upon such beers the serial trophy winners from the Northern Beaches have built much of their reputation. Yet it would ignore many other gems in their locker; indeed, back in 2016, The Crafty Pint's panel opted to include their dark beers en masse in our Best New NSW Beers Of The Year lineup.

Among them was Silent Knight, the porter that's been a regular on tap at their Mona Vale brewpub and a favourite with beer judges too. Its popularity has seen the beer promoted to the new look core range as of June 2019.

Having revisited the beer (unchanged other than being in 375ml cans) in conjunction with the promotion, it's perhaps best to think of Plato's Realm of Forms. It's here you find the "Forms" or "Ideas" he believed were the true essence of things – perfect and unchanging ideals – of which the versions we find in the real world are just shadows or imitations. If Plato's theory stands up – and within the Realm there is the Idea of a porter – there's a good chance it would be just like Silent Knight.