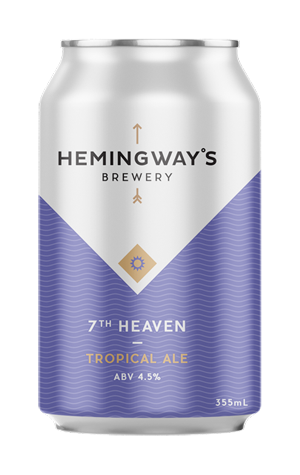 Were it not for the fact they've already got an XPA in their lineup – Doug's Courage – you could imagine this beer slotting nicely into that slot. But you can't deny the name it has instead – 7th Heaven Tropical Ale – is apposite, inspired by the appeal of the breweries' tropical Far North Queensland home and describing its character too.

Very pale and hazy, mango and passionfruit dominate on the nose, while it's light on the palate, leaving just a touch of lingering resinous tropical fruit bitterness and some grapefruit zest bite.