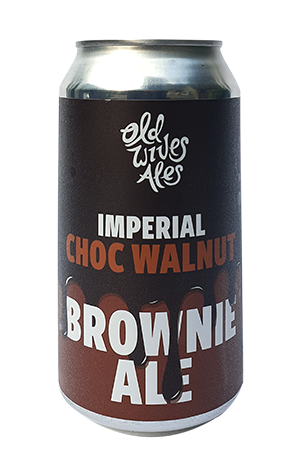 Among the two dozen new beers brewed for the most recent Carwyn Cellers Canvent Calendar was Old Wives Ales’ Choc Walnut Brownie brown ale. The sweet, chocolaty beer may have been secretly waiting inside fridges at the height of summer but stifling weather should never really stop anyone indulging in chocolate. To up the ante for winter, the team decided to make an imperial version, bringing the 6.2 percent ABV beer up to 8 percent.

The resulting bigger beer shares the same sweet and rich chocolate layers as its predecessor, with the nuttiness turned up and some banana flavours in there for good measure. Put a brownie in a blender, maybe throw in some chocolate and banana milk, and that’s what you have.