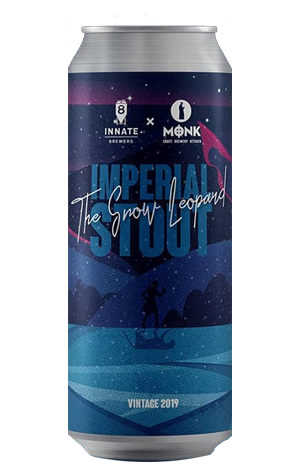 Fresh from their Perth Royal Beer Show Champion Small Brewery award, Innate strike again with a collaboration that brought their relatively near neighbours, The Monk, into the Spearwood brewery. Together, their label art playfully, and welcomely, bucks the dour clad trend of midwinter big black beers: the can story evokes Cold War themes which might be played out by Clancy, le Carre, or Greene – while trying not to be distracted by the near double digit ABV liquid inside.

Dark chocolate aromas lead with flashes of vanilla marshmallow and latte. Although no lactose is in play, there’s a full mouthfeel with liquorice highlights and a lengthy bitterness that arrives late. Savoury malt complexity weaves with sweetness – like bitter espresso stained choc-milk – towards a gripping conclusion.