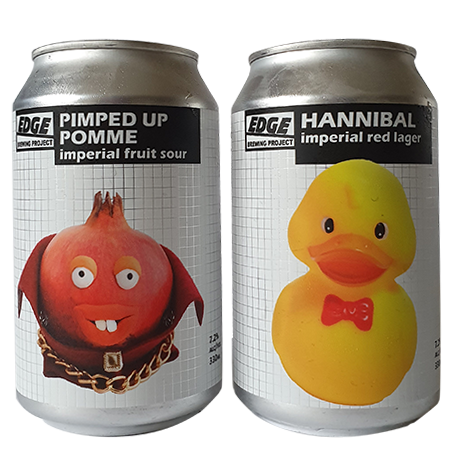 Edge are no strangers to brewing sours or lagers (in fact, aside from the odd imperial stout, you could call it their raison d’etre) and they’ve used both styles as colourful canvases upon which to explore flavour.

For winter 2019, they've let both an imperial lager and an imperial sour out into the world, both with the same ABV of 7.2. The aptly named Hannibal is the third in a trilogy of ever boozier red lagers, following Cereal Killer and Psycho Killer. There’s a mix of rich, biscuit and toasted caramel from the malt backbone while the hops lean towards piney and add a biting bitterness, like the beer's namesake, at the back.

Then there’s the Pimped Up Pomme, an imperial fruit sour packed with pomegranates. The name aside, you can tell it’s filled with pomegranate juice thanks to its vibrant cherry red colour. If you’re a fan of the fruit you’ll find it in spades, as there’s a tannic mix of pomegranate flavours set against a gripping tartness.