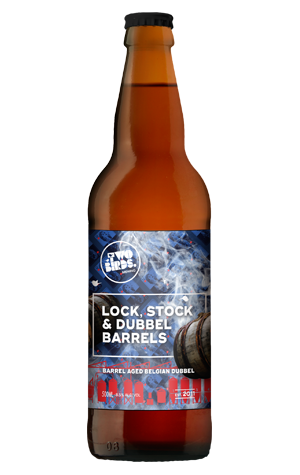 As the punny name suggests, it's a dubbel – a style that's typically dark in hue and rich in malt and fruity yeast character – and one that's spent time in oak. The barrels of choice previously housed red wine and the combination is one that has had a subtle impact on the liquid. The beer hasn't been taken to entirely new places by the barrels, unlike, say, some of the bourbon barrel-aged imperial stouts doing the rounds; instead the ruby-chestnut beer is awash with the sort of characters you'd find in a straight dubbel – intense dark fruits, honey, molasses and treacle – but with the added dimension of Muscat like fortified wine in the mix too.

A hearty and rich beer to take one's time with – or share with mates.