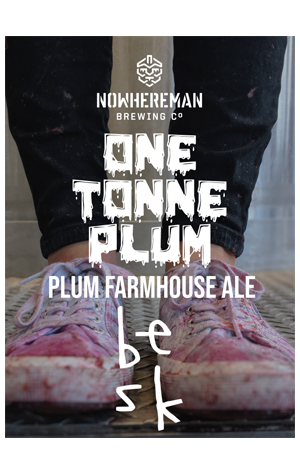 In the venue equivalent of "Let’s invite the new neighbours around for a beer", Perth's 6007 buddies Nowhereman and Besk got to work creating something to help mark the launch of the latter’s new digs. To make things more interesting, a literal tonne of Margaret River plums was juiced for the saison, which originally had more puckering design intentions.

Instead, what arrives in the glass is visually lurid, looking akin to a health juice despite being filtered three times, and with a slightly tart, peel acidity. Understandably, plum characters carry the palate along with a pretty floral note buried in the colourful, almost savoury fog. Light yeast esters provide an anchor to style, however, but this is very much a beer unto itself – bold, intriguing and best matched with food.

It’s one that leaves the drinker thinking: "Wow, it really didn’t take long to for these new neighbours to get weird!"

Pouring at both venues