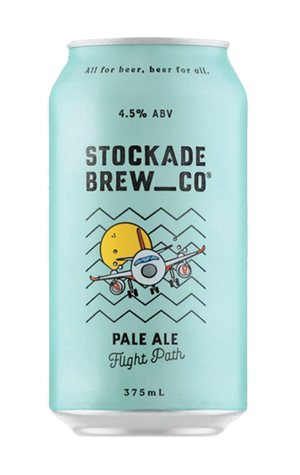 Flight Path replaces Chop Shop as the pale ale in Stockade’s core range from mid-2019. While the muscle car on the label has been supplanted by a jumbo jet in a sky of blue, don’t be worried - this is no jet fuel. It’s slightly higher in alcohol than its predecessor, but it drinks without a hint of turbulence.

Hop characters of stonefruit, passionfruit, and a whiff of pine greet you as you arrive at the airport, soft biscuity malts carry you as you sail above the clouds, and you touch down safely with a clean finish and an urge to become a frequent flyer.