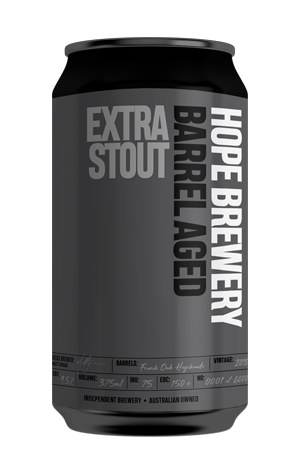 Hope Brewery have fared marvellously well in beer awards over the past few years, collecting heaps of golds and the odd major trophy too. And doing the fair share of the impressing are their bigger, darker beers, including the Barrel-Aged Extra Stout.

French oak is the weapon on choice here, helping create a beer that possesses a lusciousness on the nose and a satin fullness when it comes to its body; indeed, so full is the Extra Stout, you'd swear it was even bigger than it is. Flavour and aroma wise, prepare to luxuriate in vanilla, hazelnut, creme caramel and chocolate, with a touch of drying roast there to add balance.