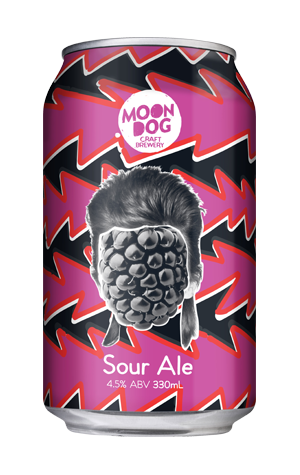 He might have been one of the later mullets to make an appearance but it looks like David Boysenbowie has jumped straight to the top of the class. The boysenberried sour has been chosen for a wider release in 330ml cans throughout spring and summer 2019/20 by the Melbourne brewers. If you've not made his acquaintance before, here's what we had to say about his first appearance earlier in the year:

Boysenbowie pours a lurid crimson, reminiscent of an outpouring of blood in an early Sam Raimi movie; even the head takes on a pink hue. It leads you to expect a punchier aroma, but the creamy side of the lactobacillus turns the fruit character into one more akin to a boiled lolly – a sensation it shares with [fellow fruit sour] Cherry Seinfeld. The boysenberry is more to the fore on the palate, both a little sweet and a little tart, but "refreshing" would be the one word above all you'd plump for. At least after luridcrimsonsamraimiblood (if you were taking a Germanic approach to language).