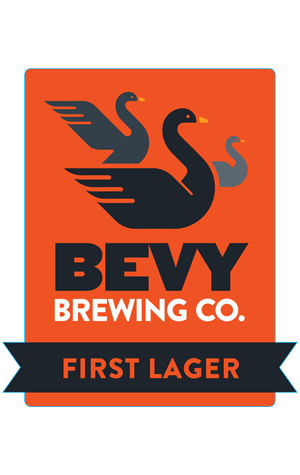 As an introduction to the Bevy range, many will be surprised to see an amber, rather than golden, lager pouring from the tap. First Lager’s copper, Bock-like appearance was intentional: a means of making a statement about the approachable but craftier leanings of the brewery located inside the expansive Camfield venue – one that would stand out from its more translucent competition on offer across many of the other taps.

Smooth, with low bitterness, First Lager is given a wisp of modernity from the use of El Dorado hops although remains a very easy-drinking 16 IBUs. Light toffee malt shines with biscuity elements adding just enough complexity to a beer that's been Bevy’s bestseller.