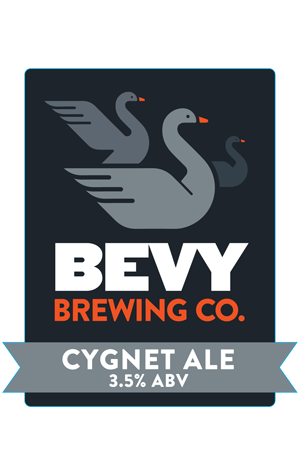 Designed in collaboration with the Camfield team, and named after the grey-downed Swan babies that are raised on the river metres from the brewery, Cygnet was quickly welcomed in to the Bevy bevy as drinkers at the Camfield looked for a contemporary mid-strength with flavour.

Golden orange in the glass, the mix of Galaxy, Ella and German Amarillo hops imbue pleasant grapefruit and mandarin throughout and, although the bitterness remains low, it’s accentuated by the dry finish. Bevy Cygnet is a modern, responsible offering that equally befits an afternoon of watching sport or catching up with friends.