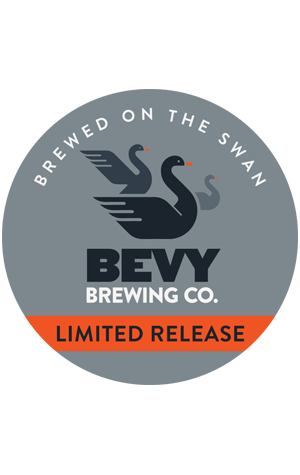 Unexpected delays in commissioning Bevy's brewery resulted in an equally unexpected limited release – an aged Foreign Extra Stout. Originally brewed for release in Winter 2018, the slow shuffle of regulatory paperwork held Black Swan Stout in tank, meaning it ended up conditioning for a year. It’s a thought that might break the heart of many brewers; however, the regular check-ups from head brewer Andy Scade told him the beer was developing into something increasingly interesting.

Like taking a stock ale approach applied to a large stout, a level of oxidation has created a complementary vinous element that runs through the liquorice, dark chocolate, espresso and dark malt beer. It’s highly doubtful that Aged Black Swan Stout will be made in this fashion again – really, who is going to wait a year for a beer without an operational brewery in order to recreate this? - but for winter 2019 Bevy have delivered a very curious debut limited release.