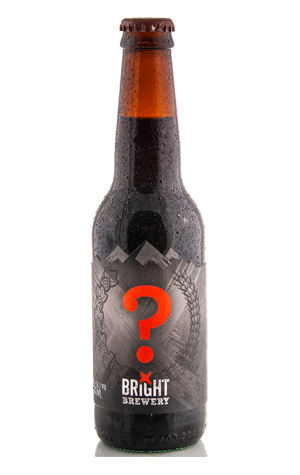 Bright's man about Melbourne Evin Craney had long had an idea. Well, he'd probably had more than one, but there was this particular one: that a brewery should allow their brewer to create a beer – no guidance as to what it could be or what should be in it – and they and they alone would know what it was. The beer would then be sold and drinkers would be invited to guess what it was.

At Bright Brewery, he found the people willing to back his plan and, as of October 2019, it is no longer a plan but a beer. We touched upon it in our Brew & A with Bright's head brewer, Reid Stratton, a man who swapped playing "freeform, experimental squeaks and farts" in New York clubs for craft beer, and now the beer is out. I know what I think it is (I did share a bottle of it with two brewers so there was a bit of a conflab over what style it might be and what ingredients took it there). But that's for us to keep to ourselves (or enter into the competition and risk looking like eejits).

If you'd like to have a stab at it yourself, there's two ways to enter (both of which involve buying the beer, naturally) and some pretty sweet prizes, including a year of beer, for those who guess the best – see the aforementioned article for more or head to the Mystery Beer web page. Just look out for the bottles with the question mark on the label and get pontificating. The only detail they're giving away: its ABV.