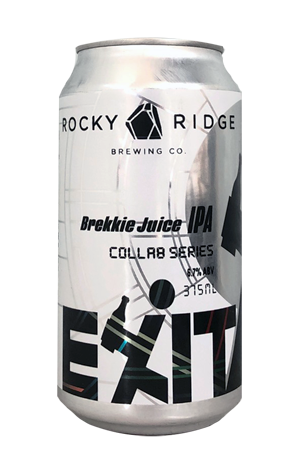 It's become pretty commonplace to describe some of the haziest, thickest IPAs as aking to brekkie juice. And, here, collaborators Exit and Rocky Ridge go the whole hog (or should that be juice bar) in loading up an IPA with a quartet of fruits.

As you can imagine, this moves the appearance beyond hazy and into full on brekkie juice territory, while it's the mango that dominates on the fruit front, with the guava, passionfruit and pineapple fighting it out for the lesser podium spots. It's not as fruity to taste as one might expect; presumably some of the juices' sweeter nature has been dried out during fermentation, making Brekkie Juice leaner on the palate than it is on the eyes, aided by a pithy, grassy and lingering bitterness.