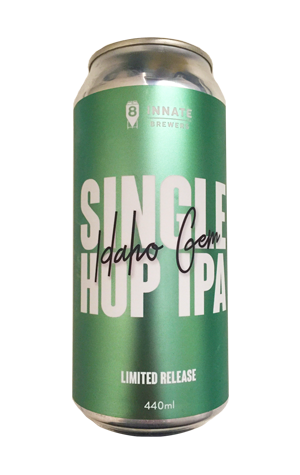 Single hop beers can be a wonderful way to explore the nuances of a particular variety and this Single Hop series debut for Innate serves up some very intriguing characters. Idaho Gem's unknown genetic heritage only adds to the mystery although, flavour wise, the Innate team suggest "pineapple, candied fruit, cherry and spice" – quite the mix.

While some of those may be present, our tasting unearthed green, unripe tropical fruit, candied lime and grapefruit peel with herbal elements and dank resin at play in a beer that arrives juicy but quickly shifts dry; really dry. As such, the listed 42 IBUs feel considerably punchier, especially when set upon this IPA's lean body.