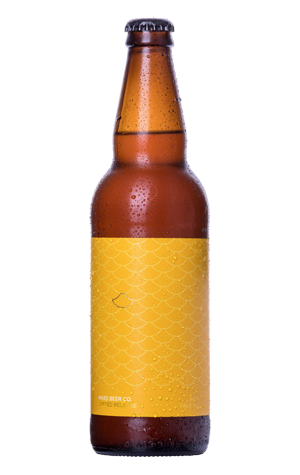 Luckily a fish has many scales, what with Pikes highlighting a different one on every limited release beer's label and sending them out with greater frequency throughout 2019. This time around, after a journey that's passed through the haze, taken in some old wine barrels, mandarin trees and more, they've arrived back in IPA territory. Eureka combines with American power hop Mosaic in a malt grist not too dissimilar to the Clare Valley brewery's core range Sparkling Ale.

There's no trace of murky waters here, with the IPA pouring light orange in colour and super clear. That the journey led here is no surprise, with distinct, Eureka-led aromas of punchy pine and resin that come together to ooze a certain dankness, with a side of sweet orange marmalade. The medium body presents sweet biscuit flavours initially, but it's a brief moment: this IPA is definitely hop driven. On the palate, the Mosaic and Eureka work in perfect harmony. Orange is the first flavour to come through, followed by a little juiciness, some resinous flavours and even a little apricot. The bitterness is firm and even though there's some early sweetness, this is a beer that finishes on the dry side.