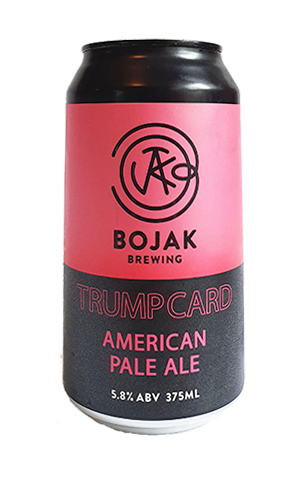 Trump Card is BoJaK Brewing’s take on the classic American pale ale that’s launched so many drinkers down the path of more flavoursome beer.

And, while it might share a similar orange hue to the individual with whom it shares a name, it contains none of his brashness or aggression. Instead it’s a beer where peach, melon and pine combine together in a harmonious manner, and where those hop flavours are balanced against a slightly sweet malt backbone and followed by a nicely bitter finish.