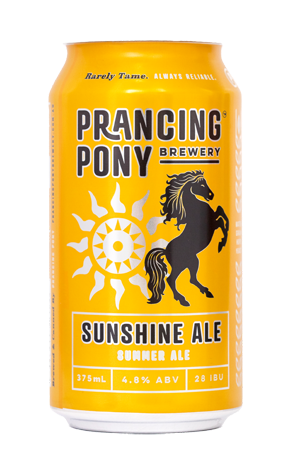 Prancing Pony's Sunshine Ale was first released as a seasonal during summer 2015/16 but proved popular enough that it was soon transitioned into the brewery's year round lineup. And, as of the end of 2019, that means it gets to reach your hands in cans.

You could easily substitute "golden" for "Sunshine" in terms of where it sits in the grand beer sphere. Built upon a simple recipe, this pale yellow drop sets gentle melon aromas against honeyed malts before delivering a bigger bitterness than you might expect.