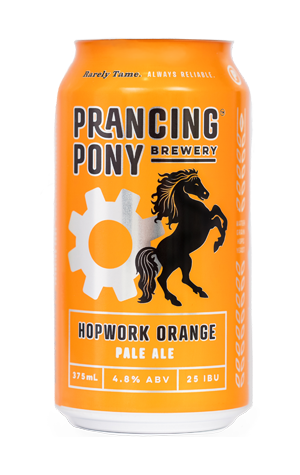 Hopwork Orange started out as a one-off for summer a few years back, when head brewer Frank Samson decided there was room for more than one easy-drinking ale to his lineup: one a little fuller in flavour than a traditional summer quaffer. Since then, it's become a permanent fixture, been tweaked and then become one of the first of their beers to be canned.

The Burgess / Kubrick-referencing title makes sense when it hits the glass: a light orange, tangerine appearance heralds an citrus hop aroma that leans heavily into orange territory. Some light malts balance the hefty 50 IBUs of bitterness, creating a pale ale that slides down easy.