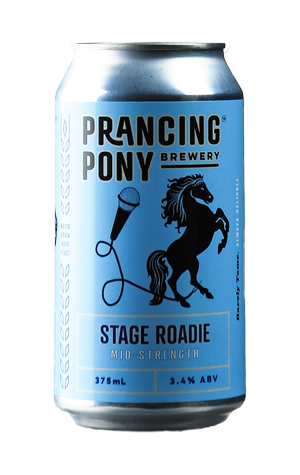 Prancing Pony have always been a brewery that's prised approachability in their beers – with some notable exceptions, of course. Their Black and Amber ales, for example, aren't as big or full as many of the style, while the core range lineup has room for three beers that sit in golden / pale ale territory. Yet there had never been a mid-strength. At least until the latter part of 2019.

The Stage Roadie, launched at Liam Gallagher's Bird In Hand concert, sees them fill that gap in their offering, focusing on giving the beer delicate tropical / pineapple aromas and a fuller body than you might expect at 3.4 percent ABV. An easy-going, summery ale ideal for those times you're the designated driver on a trip to the Hills.