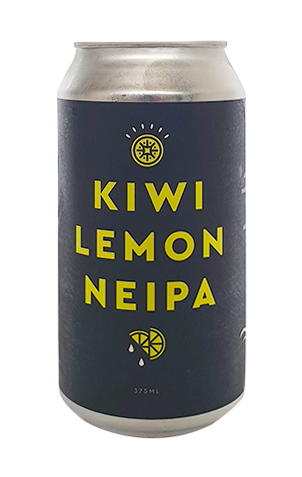 When two breweries make most of their beer in the same space, it can really only be a matter of time before ideas for a collaboration come to mind. That’s what happened for Burnley and Old Wives Ales anyway, with the latter regularly using the former’s Dandenong production site to make their beers. Kiwi Lemon NEIPA borrows from Old Wives Ales' love for hazy beers and the Burnley crew's affinity for throwing fruit additions into their beers.

Some 400 kilos of golden kiwifruit feature in what ultimately became one pale, hazy and all-round impenetrable-looking beer. The addition of oats and lactose further pushes the beer into soft and creamy territory, while the hop combo of Lemondrop and Magnum initially brought to mind lemon cheesecake, while the beer's slightly gripping lemon edge is followed by a fleshy kiwifruit finish and a final tropical hit.