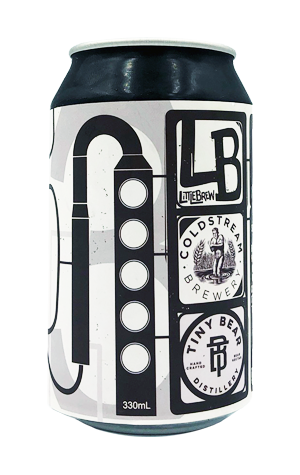 As well as producing more seasonals, Coldstream have been hard at work in recent times brewing collaborations with local breweries and other producers. In the case of Pale Gin Sour, the beer was brewed with both LittleBrew and Tiny Bear Distillery, both of whom operate in Melbourne’s outer east.

Starting out with a hop forward pale, the beer was kettle soured before being infused with a navy strength gin. Upfront the botanical hit is clearest, with a distinct hit of juniper and then lime following through on the beer. It’s quite sour but there’s also some sweetness before the beer finishes dry and, at 7.6 percent ABV, there’s plenty of body for a kettle sour too.