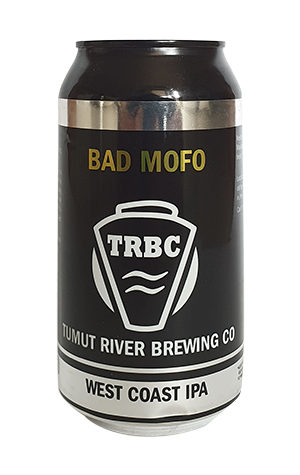 Tumut River Brewing’s Bad Mofo was inspired by the big and bad beers of America’s West Coast. Originally, it was brewed for the Melbourne band The Tarantinos when they headed up to Tumut for a gig but it proved popular enough that it’s now released at least a few times a year.

Like many of the brewery’s beer, the malt base is mostly from Voyager Craft Malt in the Riverina region of NSW, with Munich playing the lead role with some locally-grown rye included too. With a mix of Mosaic and El Dorado hops, I mostly picked up lots of mango plus some lychee and peach and while the beer’s mostly about the hop aromatic and bitterness, there’s still some sweetness in the body.