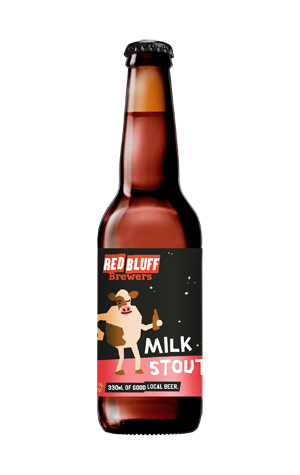 Ah, to be reminded of where lactose used to be found in beer and arguably belongs more than anywhere else...

As we wrote in summer 2019, milk sugar used to be the preserve of stouts – at least in the beer world – and that's where Red Bluff have opted to use it here. Clearly, however, a fair load of bitter roasted barley was added to the brew too as it still possesses a feistiness that teases the sides of the tongue as the lactose brings out a soft dark chocolate on the nose.

There's something figgy in its midst, and an earthy, woody character from the hops too, with a finish that dips into dry roasted territory despite the lactose, meaning it's not one for those who love their sweet stouts to come across as artery-troubling, but no worse off for that.