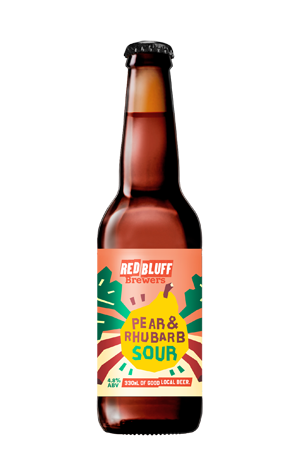 Now here's a beer that keeps its secrets under wraps. There's little given away on the nose, despite the fresh pears and locally-sourced rhubarb in the mix; if anything, it's akin to walking past the fruit 'n' veg patch in your back garden – faintly earthy fruitiness – while that increasingly familiar lactobacillus aroma makes an appearance too.

Things soon step up on the palate however: the pear is the liveliest, sitting atop the prickly carbonation and acidity, and, while it might not initially come across as wantonly sour, this Red Bluff release packs a finish that's dry to the point of mouth-wateringly quenching.