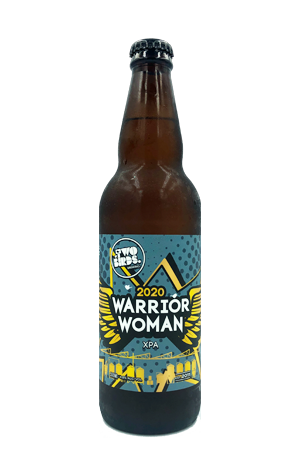 Two Birds may have seen their partnership with their local AFLW club, the Western Bulldogs, handed to interlopers from far further west but they continue to champion women – in beer, sport and otherwise – with the release of another International Women's Day beer.

Their 2020 Warrior Woman is an XPA and is, for the most part, one in the Balter mould – tight, citrusy aromas, a lightly sweet malt character, some pineapple on the back palate and a lean, drying bitterness. But there's something more lurking within – the P also stands for "peach", with homegrown peaches from co-founding Bird Jayne Lewis in the mix too. They make their presence known more to taste than on the nose, even contributing a touch of tartness, but do so without overpowering the Pink Boots hop blend of Warrior, Amarillo, Simcoe and Citra.