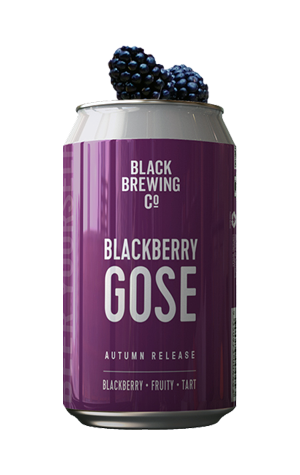 For many, 2019 felt like the year of the fruited sour, particularly through the hotter, drier summer months as crafty drinkers nationwide were treated to an array of heavily fruited and carefully curated sour beers. The fruited sour, however, seems to be less of a trend or craze and more something that's becoming a staple for many breweries who are finding a new and intrigued clientele drawn to colourful, mouth-puckering beers that offer refreshment and a point of difference.

Black Brewing Co certainly found this to be the case with their popular raspberry and rhubarb sour and promptly followed that gem with this Blackberry Gose for their limited autumn release. Pouring a vibrant coral hue with crisp effervescence, this heavily fruited Gose is brimming with tart blackberry, clean aromatics and a just-noticeable salty kick. Low IBU and 5 percent ABV keep things very sippable.