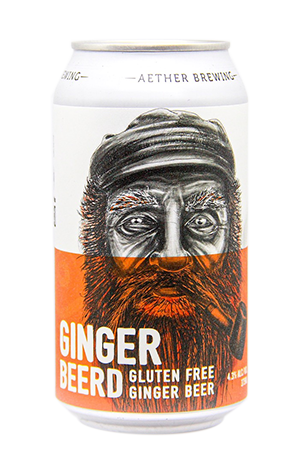 Ginger Beerd personified is a grizzled ship’s captain wearing a sailor’s cap, smoking a pipe, and sporting a tinge of ginge in his beard and eyebrows. Just one look into his weathered face tells you he’s not afraid of rough seas, and he expects you to be able to handle them as well.

When you first look at a glass of Ginger Beerd, it looks a little blurry, and you wonder if your eyes are out of focus. But that haze is a testament to the use of real Queensland ginger - and plenty of it - which brings powerful flavour to this drink. It tastes dirty, in a good way. Heady spiciness, earthy ginger, and thick sweetness come together to make a drink that’s strong enough to hold up however you have it. At the brewery, they’ll serve it to you with a wedge of lime. But it’s also begging for you to experiment - add a dash of soda water for a lighter experience, or a tot of spiced rum for a heavier one. Or my personal favourite: pair with chilli basil stir fry from your favourite Thai place.

Burly, versatile, and naturally gluten free to boot. Ginger Beerd is ready for anything.